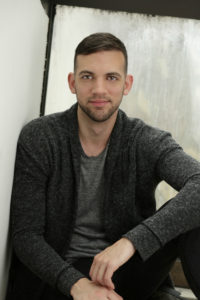 Joe Perreta is a Psychic Medium currently living in Manhattan. Through the gift of Mediumship Joe’s goal is to leave his clients spiritually, mentally, and emotionally healthier than before meeting with him.

Joe was born in Queens and raised on Long Island with his mother and father. As a child, Joe had a hard time hiding his affinity for the spirit world. After the death of his maternal grandmother, he would see, feel, and receive signs of her presence daily. At the age of 10 he began learning how to read the tarot. In his teen years he started having prophetic dreams and visions which he didn’t always understand, this made him shy away from his gifts for over a decade.

In that time, Joe graduated high school, moved to Manhattan and attended Hunter College, earning a bachelor’s degree in music. Upon graduating, he moved back to Long Island with his parents to pursue a career in music. After a few months and no progress Joe turned to his faith for some guidance and was once again given a vision, but this time it was one of his spirit guides. The meeting and conversation they had led Joe to once again open up to his psychic abilities, but not yet his connection to the spirit world.

After seeking spiritual guidance from various Psychic Mediums and being told numerous times that he was a medium, Joe was still apprehensive. That all changed after his cousin, astrologer Maria Desimone, introduced him to one of her psychic medium friends at a dinner party. Joe was asked to do an impromptu mediumship reading, his first mediumship reading to be exact. The overwhelming success of this reading gave him the validation he needed to continue on his life path. Since then, Joe has been working tirelessly to bring spirit closer to everyone here in the physical world.

His mediumship skills have been tested and he has been certified through the Forever Family Foundation. Joe is also featured in Goop.com’s “The Guide To Energy Healers, Intuitives, and Mediums.” He has also participated in scientific studies of Mediumship at various prestigious universities around the country. It is not only his mission to heal as many people as possible through the beautiful gift of Mediumship, but also to prove to the world that the soul is eternal.