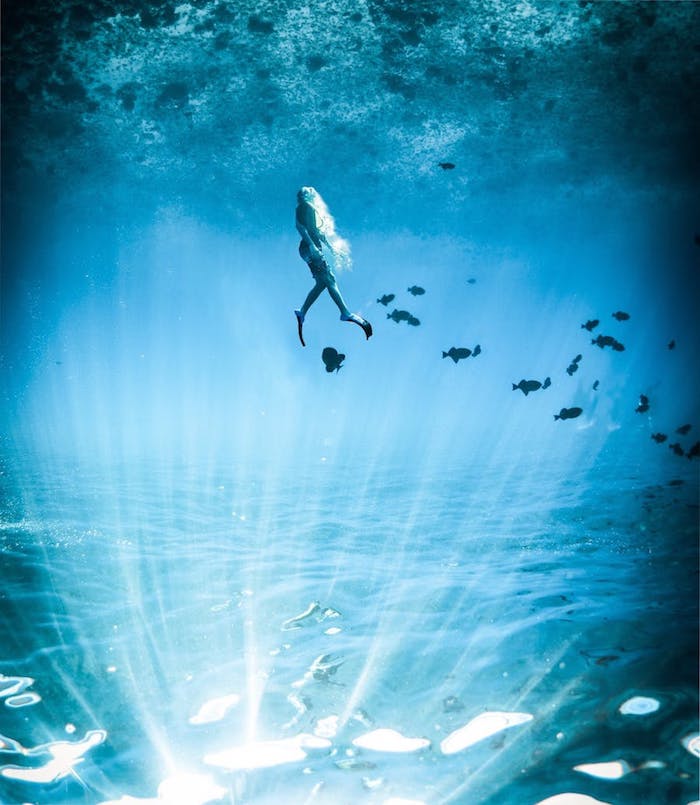 Don’t bother pinching yourself, this isn’t a dream…but it sure is going to feel like it! This week Mercury went retrograde in head in the clouds Pisces on February 17 until March 10th and the Sun also moved into Pisces on February 18th.  In addition to all this there’s a new moon in Pisces on the 23rd. Whenever Mercury goes retrograde, which is a few times a year, communication and day-to-day activities get a little wonky. Phones break, computers crash, you miss texts, just very irritating things. Since it’s happening in Pisces we can expect a lot of the mundane problems we have will be connected to plumbing, water, or flooding of some kind as well.

Retrogrades aren’t meant to be solely an inconvenience. When a planet goes retrograde it turns inward and asks us to reevaluate the areas of our lives it rules in order to elevate them. The Sun’s move into Pisces is amplifying this energy, really luring us into this foggy headspace where it can be equal parts fairytale and nightmare (Pisces rules both). The new moon on the 23rd brings us a new beginning and new opportunities in a very Piscean way.

Pisces is about union. It is arguably the most spiritual sign in the zodiac. It’s the dissolution of ego, which allows us to connect with the divine. This energy is fantastic for the arts, music, prayer, and meditation. The shadow is illusion; it’s the siren whose song is so alluring you don’t realize she’s drowning you until all the air has left your body. Neptunian energy such as this can be hard to spot so we must be careful during this time not to deceive ourselves, yet even then I fear we are all in for a little self-deception until Mercury goes direct.

We have to focus on what bubbles up from our subconscious. This is a time where you will be feeling a little less social, needing to convalesce after all of the craziness Saturn and Pluto brought into the world recently. Now is the time to ask yourself what you’re hiding from. What is it that I’m not seeing? It’s a great time to start therapy; an objective look can be valuable while the Pisces vibes cloud our judgment. Now, this is obviously good advice for any day of the year, but with this energy you will be confronted with these themes like it or not.

My action plan for you during this time is to watch your escapist tendencies (put down the doobie) and go the spiritual route instead: prayer, meditation, and yoga, that sort of thing. The only way to weather this dense dreaminess is to surrender to it. Lean into your spiritual practice and if you don’t have one, now is the time to find one. The only way out is through. You might not be able to see where you’re headed, but now is the time to trust that the universe has your back. Be confused. Trust the process. Things will be much clearer when Mercury goes direct. So forgive yourself in advance for texting your ex or for any other stupid shit you’re going to do during this retrograde and for God’s sake: buy a plunger.